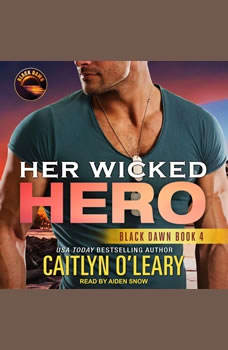 She needed a hero Marcia Price realized she was in the hands of a monster as she was dragged deeper and deeper into the jungle. She wanted to give up so many times but dammit, no matter what, she would survive this even if it almost killed her. And maybe, just maybe, the universe would send her a hero. He'll move heaven & earth Navy SEAL, Dante 'Zed' Zaragoza knew Marcia's fate was intertwined with his the moment he saw her photo. Instinct told him that she was alive for the moment, but his blood turned to ice as soon as he found out the history of the man who had Marcia in his grip. The monster wasn't just a sociopath, he'd been trained as a SEAL. And that was only the beginning. Zed and the Black Dawn SEAL team would need to move heaven and earth to bring Marcia out of there alive. Contains mature themes.