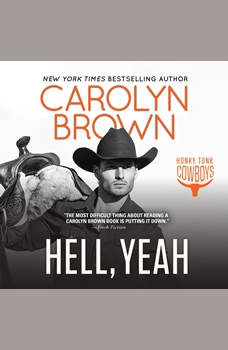 Cathy O'Dell never felt at home until she moved into the tiny apartment at the back of the Honky Tonk beer joint. Now she figures she's here to stay, loving every minute of the rowdy crowd, down-home jukebox music, and constant pool tournamentsuntil in walks a ruggedly handsome oil man who tempts her to trade in the happiness she's found at the Honky Tonk for a life on the road with him. Gorgeous and rich, Travis Henry travels the country unearthing oil wells and then moving on. Then the beautiful blue-eyed new owner of the Honky Tonk beer joint becomes his best friend and so much more. Sparks fly so bad they're likely to set fire to the beer joint, if the two don't go up in flames themselves firstbut when his job is done in Texas, how is he ever going to hit the road without her?

My Give a Damn's Busted
Honky Tonk Cowboys