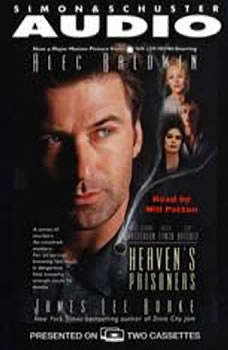 On the bayou, a bad moon is rising -- and Robicheaux's peace is shattered with a gunVietnam vet Dave Robicheaux has turned in his detective's badge, is winning his battle against booze, and has left New Orleans with his wife for the tranquil beauty of the Louisiana bayou. But a plane crash on the Gulf brings a young girl into his life -- and with her comes a netherworld of murder, deception and home-grown crime.Suddenly Robicheaux is confronting Bubba Rocque, a brutal hood he's known since childhood, Rocque's hungry Cajun wife, and a Federal agent with more guts than sense. In a backwater world where a swagger and a gun go further than the law, Robicheaux and those he loves are caught on a tide of violence far bigger than them all....