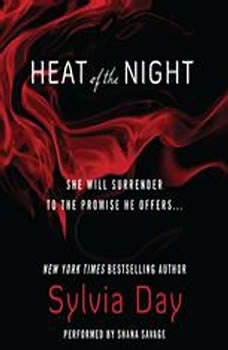 Heat of the Night

This book is wonderful, I am in love with this series and cannot wait to see what happens next. It has a wonderful plot and it keeps you guessing and wondering what could all of the secrets be and are all of my beloved character going to be safe. It also doesn't hurt that it has very sexy sex scenes too. If you choose to read this book, which I hope you do, I think it would be best to read the first book in the series first: Pleasures of the Night. Of course you can read this book only, but I am sure will want to know in fuller detail how this story began and you will definitely want to know how it is going to end. With that said, Happy Reading!