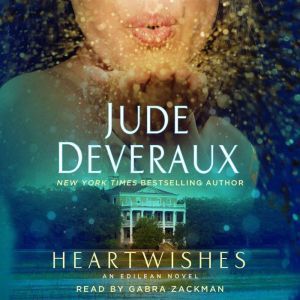 In this spellbinding new novel from New York Times bestselling author Jude Deveraux, a young woman must hunt for a magical stone to protect the man she loves. Gemma Ranford wants the job cataloging the documents of one of Edilean’s oldest families, the Fraziers, so much that she is ready to do battle to get it. Fascinated with history, and desperately trying to finish her dissertation, she’s hoping against all hope that the papers will yield new information to invigorate her research.What she didn’t expect to find is references to the Heartwishes Stone, believed by most to be pure legend, and said to grant wishes to anyone named Frazier. As Gemma learns more about the family—and even begins falling in love with the eldest son, Colin—it becomes increasingly clear that their wishes are actually coming true.Together, Gemma and Colin must work together to find the stone that’s been missing for more than 100 years, and with an international thief also on the hunt, the clock is ticking.