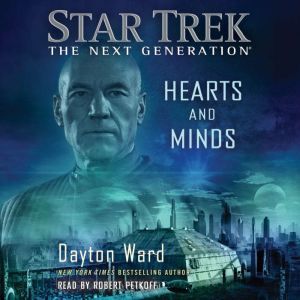 Series: Star Trek: The Next Generation

An electrifying thriller from the New York Times bestselling author in the Star Trek: The Next Generation universe.2031: United States Air Force fighter jets shoot down an unidentified spacecraft and take its crew into custody. Soon, it’s learned that the ship is one of several dispatched across space by an alien species, the Eizand, to search for a new home before their own world becomes uninhabitable. Fearing extraterrestrial invasion, government and military agencies which for more than eighty years have operated in secret swing into action, charged with protecting humanity no matter the cost... 2386: Continuing their exploration of the Odyssean Pass, Captain Jean-Luc Picard and the crew of the Starship Enterprise discover what they at first believe is a previously uncharted world, with a civilization still recovering from the effects of global nuclear war. An astonishing priority message from Starfleet Command warns that there’s more to this planet than meets the eye, and Picard soon realizes that the mysteries of this world may well weave through centuries of undisclosed human history... ™, ®, & © 2016 CBS Studios, Inc. Star Trek and related marks are trademarks of CBS Studios, Inc. All Rights Reserved.

Star Trek: The Next Generation Bundle

Get 5% off your total order by adding 3 or more audiobooks from Star Trek: The Next Generation 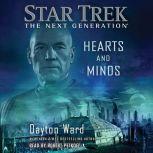 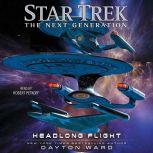 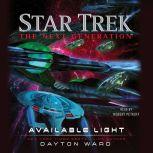 Hearts and Minds
Star Trek: The Next Generation