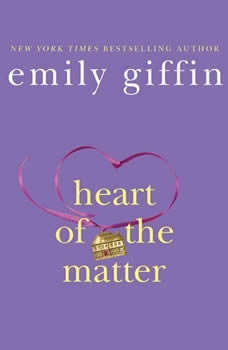 Heart of the Matter

"Giffin excels at creating complex characters and stories that ask us to explore what we really want from our lives."--Atlanta Journal-ConstitutionTessa Russo is the mother of two young children and the wife of a renowned pediatric surgeon. Despite her own mother's warnings, Tessa has recently given up her career to focus on her family and the pursuit of domestic happiness. From the outside, she seems destined to live a charmed life. Valerie Anderson is an attorney and single mother to six-year-old Charlie--a boy who has never known his father. After too many disappointments, she has given up on romance--and even to some degree, friendships--believing that it is always safer not to expect too much.Although both women live in the same Boston suburb, the two have relatively little in common aside from a fierce love for their children. But one night, a tragic accident causes their lives to converge in ways no one could have imagined. In alternating, pitch-perfect points of view, Emily Giffin's Heart of the Matter creates a moving, luminous story of good people caught in untenable circumstances. Each being tested in ways they never thought possible. Each questioning everything they once believed. And each ultimately discovering what truly matters most.