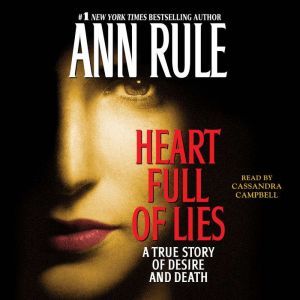 Heart Full of Lies: A True Story of Desire and Death

An idyllic Hawaiian wedding held the promise of a wonderful future for handsome, athletic Chris Northon, an airline pilot, a confirmed bachelor-turned-devoted family man; and Liysa, an acclaimed surf photographer, loving mother, and aspiring Hollywood screenwriter. But few, including Chris, had seen Liysa's other side -- her controlling behavior and dark moods, her insatiable hunger for money and property. And no one anticipated the fatal outcome of a family camping trip in an Oregon forest. Liysa soon revealed herself as a victim of domestic abuse that culminated at the campsite, where she shot Chris in self-defense. But crime scene evidence led detectives to wonder if Liysa was a killer, not a victim. Her controversial trial stunned all who thought they knew her. A lifetime of sociopathic manipulations and lies had been expertly hidden behind her façade of perfection -- as was her rage to destroy any obstacle to her ultimate happiness, even if it was the man she vowed to love forever.

this is a true crime story, sort of like watching one of those 48 hr mysteries. it's about a sociopathic woman who ends up murdering her husband and tries to make people think she's a battered wife, but she's not. it was interesting at the beginning, but got long by the end. if you really like true crime, read this, otherwise, skip it.

I love all of Rule's books. I am a huge histroy buff and cannot get enough of her books. Once you start this book you will not want to put it down anytime soon. Great read and enjoy

I really enjoyed reading this book. I am a huge fan of Ann Rule.