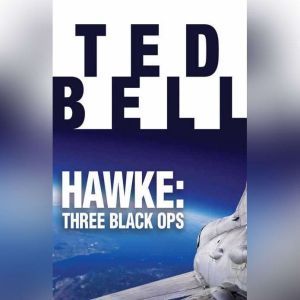 Three Alex Hawke novellas never before on audio.Crash Dive: Alex Hawke is in hostile foreign waters, flying an F-16 Viper at nearly the speed of sound, at an altitude no sane man would dare, on a highly covert mission. His task is simple: enter another nation’s airspace undetected, meet a secret contact, and find a way to avert a global war.What Comes Around: An esteemed former CIA director dies off the coast of Maine. Another senior CIA officer is found dead of a “heart attack” in a posh Paris hotel. Counterspy Alex Hawke and his friend Ambrose Congreve think this could be more than coincidence. Hawke discovers that the victims are connected through one man: Spider Payne, a rogue intelligence officer whose dangerous exploits got him barred from the CIA.White Death: A powerful Swiss banker is found dead, frozen at the base of a soaring Alp. When a second man, the head of a rival banking empire, is found dead deep inside a mountain cave, MI6 suspects a bizarre conspiracy. Vast sums may have been plundered from the Queen of England’s accounts. The British royal family’s centuries-old Swiss bank holdings are at risk, shaking the foundations of Her Majesty’s government and the monarchy itself.