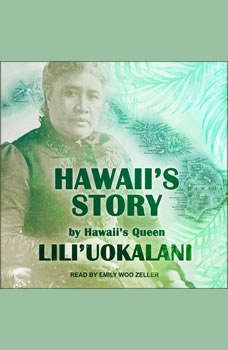 In 1893, Liliuokalani, the Queen of Hawaii, was deposed and five years later her nation became an incorporated territory of the United States. Published shortly after these momentous events, her book Hawaii's Story by Hawaii's Queen is an incredibly personal history of the islands that she was born to rule. Liliuokalani covers from her birth in 1838 through the reigns of her forebears to her own turbulent time as Queen of the Hawaiian Islands. Written to explain to the world the injustice of her situation and to reclaim the sovereignty which she had lost, the Chicago Daily Tribune claimed that "no scholar or lawyer could have state[d] it more effectively." But despite her persuasive prose Hawaii never again regained its independence or its monarchy. Hawaii's Story by Hawaii's Queen is a fascinating history of one of the United States of America's smallest but most unique states as it was going through significant change at the turn of the twentieth century. Queen Liliuokalani was the last reigning monarch of the kingdom of Hawaii. She ascended the throne in January of 1891, upon the death of her brother, King David Kalakaua. For years after her overthrow, the Queen sought redress in the Congress and courts of the United States, but her efforts failed. Her autobiographical history Hawaii's Story by Hawaii's Queen is the only work by a Hawaiian monarch and provides insight into her fight to regain her throne and life on Hawaii during the late-nineteenth century.