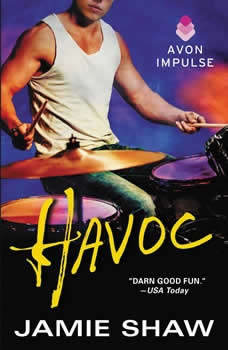 When Hailey Harper left her family farm to enroll in veterinary school, she had a plan: keep her head down, ace her classes, and most importantly... don’t upset the uncle paying her tuition. Translation? Don’t piss off his dramatic, self-absorbed daughter, Danica, even if she’s a nightmare to live with.Falling in love with her cousin’s rock star ex-boyfriend was definitely not part of the plan.As the drummer of a now-famous rock band, Mike Madden could have any girl he wants. He’s sweet, funny, romantic, talented—and the only guy that’s ever made Hailey’s heart do cartwheels in her chest. The more she gets to know him, the harder she falls, but Hailey knows they can never be more than friends… because Danica wants him back, and she’ll fight dirty to win.Mike is falling for Hailey too, but Danica’s threats and his rock star life—music video shoots, international tours, obsessed fans—could tear them apart before they’ve even begun. Hailey isn’t sure she’s the one for him, but Mike’s waited years for a girl like her… and he’ll do anything to prove it.