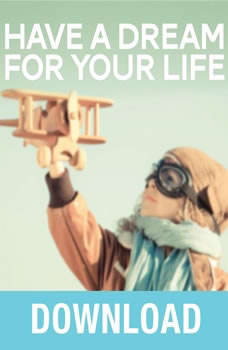 Have a Dream for Your Life: Keys to Successfully Fulfilling God's Purpose for You

Just like Jesus when He walked the earth, God has a unique plan and purpose for your life. But you have to catch the vision for it before you can walk it out. The question is, do you have a dream for your life?