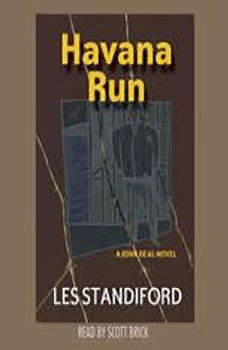 Many writers have highlighted South Florida's colorful characters, but John Deal is a remarkably normal man, put in extraordinary situations. Deal has spent much of his adult life trying to rebuild the Miami construction firm that his late father ruined. Cuba has just normalized relations with the United States, and when the possibility of a major project there arises, he can't help being intrigued - only to find that he has been lured to Havana for another, far more dangerous purpose: to help spring an American prisoner from a Castro jail. Deal wants nothing to do with it, until he discovers the identity of the prisoner: a man closer to him than he could have possibly imagined, and the holder of secrets many groups would kill for...

"[The John Deal series] is one of the best-written, most completely satisfying series currently being produced." (St. Petersburg Times)