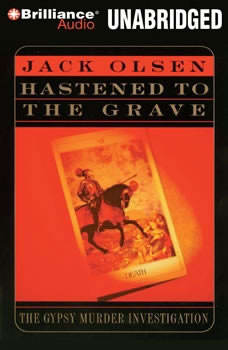 Hastened To the Grave

In June 1994, the Oakland Tribune cracked the story of a string of bizarre deaths in the San Francisco area. The victims were elderly, well-to-do, and, in each case, had been befriended by members of an extended Gypsy family - the Tene Bimbos. Fay Fanon, also known as Rat Dog Dick, a dynamic and unconventional private investigator in the Bay area, was hired to look into the strange accusations of an elderly widow who claimed she was being swindled out of her hilltop mansion by a young man named Danny Tene. Within days, the widow was dead and Danny Tene stood to inherit a fortune. Olsen chronicles Fanon's hunt for Danny Tene, his mother Mary Steiner, and his beautiful sister Angela - a family of suspected con artists who may have been responsible for the deaths of as many as five helpless elderly men and women, whose property - and possibly whose lives - the Gypsies allegedly stole.