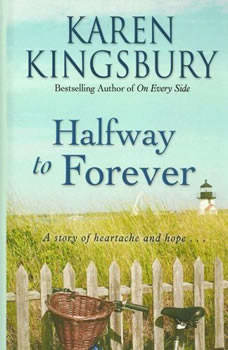 With more than a score of heartwarming novels to her credit, Karen Kingsbury is a best-selling inspirational author who captivates fans with her tales of triumph over personal tragedy. Halfway to Forever continues the story of Hannah Ryan, the grieving widow who found her way back to God in Waiting for Morning. As Hannah and her new husband Matthew confront obstacles while waiting to adopt a child, their best friends must cope with a devastating illness.

The Healer
by Dee Henderson

Rachel O’Malley works disasters for a living. Her specialty is helping children through trauma. For years Rachel has touched grief as she helps others through it, but now grief is something very personal -- she is losing her own sister to canc...

A Moment of Weakness
The Forever Faithful series #2