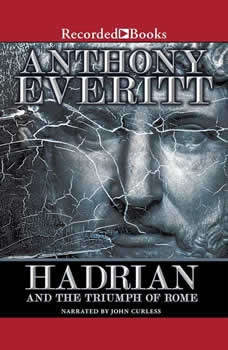 Hadrian and the Triumph of Rome

Acclaimed British historian Anthony Everitt delivers a compelling account of the former orphan who became Roman emperor in A.D. 117 after the death of his guardian Trajan. Hadrian strengthened Rome by ending territorial expansion and fortifying existing borders. And-except for the uprising he triggered in Judea-his strength-based diplomacy brought peace to the realm after a century of warfare.