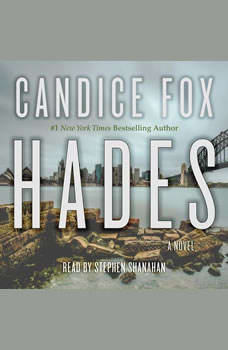 Candice Fox's Hades is the winner of the Ned Kelly Award for Best Debut Crime Novel. This audiobook is the first installment in the thrilling Archer and Bennett series.Twenty years ago, two children were kidnapped and left for dead . . .Homicide detective Frank Bennett has a new partner—dark, beautiful, coldly efficient Eden Archer. Frank doesn’t know what to make of her, or her brother Eric, who’s also on the police force. Their methods are . . . unusual. But when a graveyard full of large steel toolboxes filled with body parts is found at the bottom of Sydney harbor, unusual is the least of their worries. For Eden and Eric, the case holds chilling links to a scarred childhood—and the murderer who raised them. For Frank, each clue brings him closer to something he’s not sure he wants to face. But true evil goes beyond the bloody handiwork of a serial killer—and no one is truly innocent . . .Praise for Hades:“A little bit Dexter, a little bit procedural, overall a great first novel.”—Australian Crime Writers Association“Fast-paced, with unusual protagonists and dark, disturbing scenes.”—Library Journal“Horrors abound in Australian author Fox’s gritty police procedural. Readers will look forward to the sequel set in this not-for-the-squeamish nightmare world down under.”—Publishers Weekly