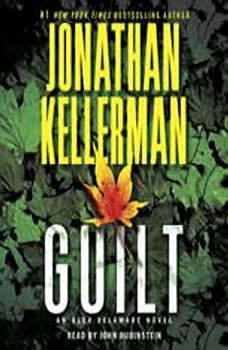 Jonathan Kellerman’s “psychology skills and dark imagination are a potent literary mix” (Los Angeles Times), and this intensely thrilling blend has never been so powerful as in the acclaimed author’s new novel of murder and madness among the beautiful dreamers, seductive predators, and doomed innocents adrift in the glare of Southern California’s eternal sunshine.

A series of horrifying events occur in quick succession in the same upscale L.A. neighborhood. A backyard renovation unearths an infant’s body, buried sixty years ago. And soon thereafter in a nearby park, another disturbingly bizarre discovery is made not far from the body of a young woman shot in the head. Helping LAPD homicide detective Milo Sturgis to link these eerie incidents is brilliant psychologist Alex Delaware. But even the good doctor’s vast experience with matters both clinical and criminal might not be enough to cut down to the bone of this chilling case—and draw out the disturbing truth.

Backtracking six decades into the past stirs up tales of a beautiful nurse with a mystery lover, a handsome, wealthy doctor who seems too good to be true, and a hospital with a notorious reputation—all of them long gone, along with any records of a newborn, and destined for anonymity. But the specter of fame rears its head when the case unexpectedly twists in the direction of the highest echelons of celebrity privilege. Entering this sheltered world, Alex little imagines the macabre layer just below the surface—a decadent quagmire of unholy rituals and grisly sacrifice.

Before their work is done, Alex and Milo, “the most original whodunit duo since Watson and Holmes” (Forbes), must confront a fanatically deranged mind of such monstrous cunning that even the most depraved madman would shudder.

Praise for Jonathan Kellerman and Guilt

“A solid, poignant tale of violence against the innocent . . . cool, brisk and polished.”—The Washington Post

“Action-packed . . . Kellerman proves he can keep readers entertained and engrossed in a story that keeps them on the edge of their seats to the final page.”—Wichita Falls Times Record News

“Certainly one of [Kellerman’s] best offerings to date . . . Do not miss this one.”—Bookreporter

“Jonathan Kellerman’s novels are an obsession; once started it is hard to quit.”—Orlando Sentinel