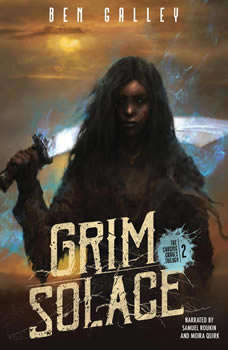 Nothing is certain in Araxes. Not even death. Stolen from the widow's clutches, master thief and ghost Caltro Basalt must learn new ways to survive the cutthroat society of the Arctian Empire. His one hope for freedom and justice? A gift from the dead gods, who continue to beg for a saviour.

A captivating tale of humanity pushed beyond its breaking point, of family and bonds of love forged when everything is lost, and of a heroic young woman who crosses a frozen landscape to find her destiny, this debut novel is in a post-apocalyptic tr...

Surviving the attack proved to be more than they could have imagined… Months after a super-EMP attack devastated the United States, the country is now unrecognizable. Major cities are run by gangs, survivors are dying of starvation and th...