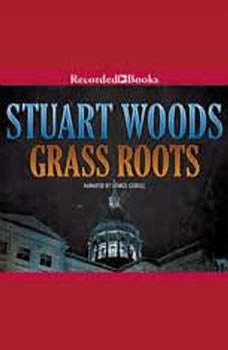 Series: The Will Lee series #3

Will Lee has returned to his roots to kick off his campaign for the Senate. A prominent lawyer, he has come back to his hometown of Delano, Georgia, to plan his strategies...and to argue an explosively controversial case that could seriously damage his political career. For Delano is a town with a dark secret - a smoldering hotbed of racial hatred and moral outrage, held in the thrall of a sinister white-supremacist group called The Elect... a breeding ground for violent, evil forces that will stop at nothing to keep the candidate out of office. At first, Will Lee was running for the Senate. But now he is running for his life.

First I have to say that I really love all of Stuart Woods books, that being said, I found that this book was as good if not better than the Stone Barrington books. This was the first Will Lee book I read, and I found it to be very enjoyable, and intersting. I really found myself staying up late because I could not put the book down. I just loved the ending. So, keep up the good work, Mr Woods, and I will keep reading.

Deep Lie
The Will Lee series #3