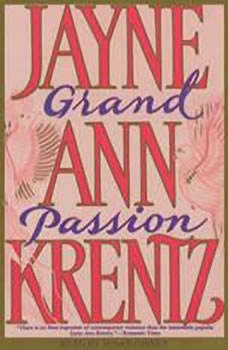 When the handsome, wealthy Max Fortune, art collector extraordinaire, inherits five paintings at the death of his long-time friend and benefactor, he expects to receive them. Instead, his benefactor leaves only a clue to their whereabouts in a cryptic note which reads, "The most precious things I leave you, you'll find at the Robbins' Nest Inn." Cleopatra Robbins, the beautiful owner of the Inn, always believed when the man of her dreams came along, she would know. When Max's fierce treasure hunt brings him to her doorstep she realizes he is the embodiment of her fantasies -- except he's all wrong! Could this hard-edged man make her risk trusting and loving again? Cleo decides to help Max break down his defenses, while keeping her own intact. Max knows she's hiding something -- and by the time he realizes it's not the paintings, it's almost too late to save her from her dangerous past.

Her legacy had been as much a curse as a blessing, so Anastasia Donovan had learned to keep it hidden. But when single dad Boone Sawyer swept into her heart, she longed to reveal everything despite her fear of the consequences. Then fate stepped in....