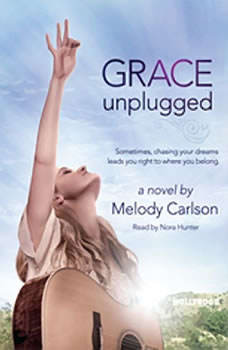 Grace Trey is an eighteen-year-old singer as passionate about her Christian faith as she is her phenomenal, God-given musical talent. Both traits come from her father, one-hit wonder Johnny Tray who found Jesus after losing his chart success two decades ago.

When Grace encounters her own music break of a lifetime, the sudden dive into the "real world" puts her deeper beliefs to the test. Pop superstardom is just within reach but appears to require some spiritual compromise. Will Grace reject her faith, or will she own it?

Grace Unplugged is based on the motion picture of the same name starring AJ Michalka (Super 8) and Kevin Pollak (A Few Good Men).