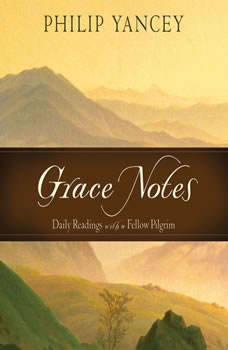 "a€œThere is no writer in the evangelical world that I admire and appreciate more.a€- Billy GrahamPhilip Yanceya€™s wordsa€”captured in his many bestselling booksa€”have influenced the lives of millions of readers by strengthening their faith, building their hope, sparking their creativity, and challenging their comfort zones. If youa€™re one of those readers, you know personally how his insights have affected your mind and heart. And if youa€™re new to Yancey, youa€™re in for a life-altering experience.These meditationsa€”all drawn from the beloved and bestselling writings of the authora€”will take you through an entire year of Yanceya€™s insight and imagination, covering a broad range of topics: a€¢ How to rediscover God through the wonders of nature, music, and romantic lovea€¢ Why grace means you cana€™t do anything to make God love you more or lessa€¢ What happens when you cut through preconceptions to encounter the a€œreala€ Jesusa€¢ How to renew your understanding and practice of prayera€¢ Where you can see God in unexpected people and placesa€¢ How to cope when life crashes in around youEvery day, experience the best from a beloved author who, with freshness, clarity, and energy, has so brilliantly articulated Goda€™s wonderful but mysterious relationship with you. "