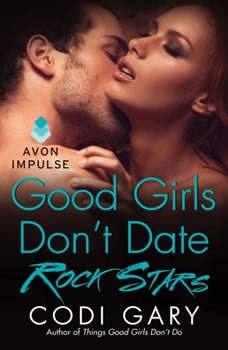 Gemma Carlson didn't plan on waking up married.She also didn't count on running into her old flame—and her son's father-turned-country rock star—Travis Bowers, followed by a night of drunken dares. Apparently one of those involved a ring on her finger and a vow … neither of which she intends to keep. Now with a hangover from hell, this good-girl-gone-bad knows there's just one thing to do: run.Travis has been all over the world, but Gemma has never been far from his thoughts. So when they had the chance to catch up over a few drinks, he didn't hesitate. Of course, he didn't expect it would lead to marriage, or a runaway bride! Travis finally has a second chance and doesn't plan on losing Gemma again—or the son he didn't know he had. He proposes, albeit belatedly, a date. Or rather, a few. If they can make this marriage work by starting over, he stays. If not …Gemma's not interested; she's got a son to protect and a heart to heal. But having Travis around could make both a little easier. Still, good girls don't date rock stars . . . right?