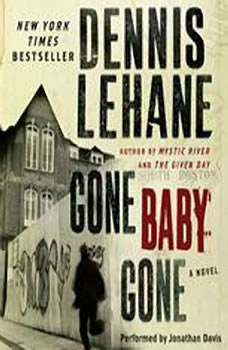 The tough neighborhood of Dorchester is no place for the innocent or the weak. A territory defined by hard heads and even harder luck, its streets are littered with the detritus of broken families, hearts, dreams. Now, one of its youngest is missing. Private investigators Patrick Kenzie and Angela Gennaro don't want the case. But after pleas from the child's aunt, they open an investigation that will ultimately risk everything—their relationship, their sanity, and even their lives—to find a little girl-lost.

The Winner
by David Baldacci

#1 NEW YORK TIMES BESTSELLERAn incredible new page-turner from thriller master David Baldacci...THE DREAMShe is twenty, beautiful, dirt-poor, and hoping for a better life for her infant daughter when LuAnn Tyler is offered the gift of a lifetime, a...