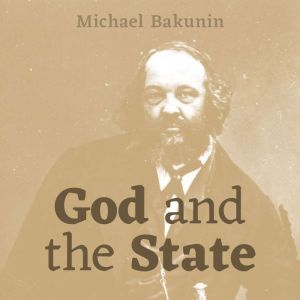 God and the State

Mikhail Bakunin (1814 –1876) was a Russian revolutionary anarchist and is considered one of the most influential figures of anarchism. Bakunin’s ‘God and the State’, an unfinished manuscript published posthumously in 1882, is a classic and influential atheist text which sets out the anarchist critique of religion as bound up in legitimising the state. The work criticises Christianity and the technocracy movement from a materialist, anarchist and individualist perspective. God and the State is one of Bakunin's best known works which has been translated into, inter alia, Czech, German, Georgian. Dutch, Italian, Spanish, Russian, Serbo-Croatian, Polish, Greek, Romanian, Turkish and Yiddish.