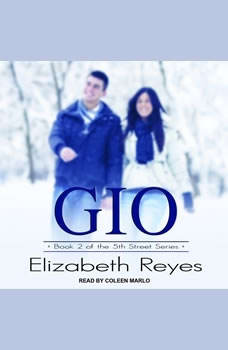 When tragedy strikes in the ring, Giovanni Bravo falls into a deep depression, walking away from his dream of boxing to train instead. He agrees to a two-month getaway, helping train Felix Sanchez, his high school buddy and now welterweight champ of the world. Once at Felix's lavish boxing complex, Gio is reunited with Bianca Rubio, someone he remembers only as the girl with the innocent doe eyes back in high school. Not only does her refreshing, cheerful demeanor take Gio's mind off his troubled conscience, but he finds himself falling for her fast and hard. The problem? Bianca is Felix's girlfriend. Having a sexy, famous boyfriend has its perks, but they come with a price. Bianca not only has to deal with the ongoing tabloid rumors about her boyfriend's questionable relationships with other women but also his constant absence when he is on the road. So Bianca is thrilled now that Felix will be in town for two whole months to train for his next big bout. He has even asked her to move into his cabin while he's there. But when Felix leaves for days at a time to promote his fight, Bianca spends time getting to know Felix's gorgeous new trainer and good friend, Gio. Increasingly drawn to his sweet smile and smoldering green eyes, the way she feels so at ease talking to him, she finds herself saying and doing things she normally wouldn't. As it becomes more and more difficult to resist the mutual attraction, Gio crosses the line between them. He hopes that one kiss will alleviate the overwhelming temptation and clear both their systems, but it does just the opposite. Their temptation suddenly becomes an irresistible longing—a longing that quickly forces Gio to realize this is more than just lust. He's fallen hard, and to his delight, she has too. Now Gio is forced to make the hardest decision of his life: risk losing a longtime friend, or walk away from the only girl he's ever loved.