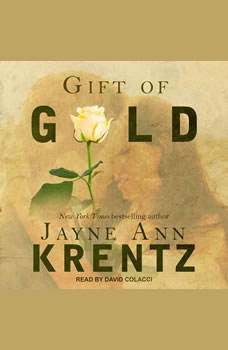 Jonas Quarrel has tracked Verity from Mexico to Northern California. Just what is he after? Verity Ames finds herself fighting an attraction to Jonas from the moment he knocks on the door of the No Bull Cafe. He seems far too good to be true. Together they will discover a shared passion and a shared danger.

The Cowboy
by Jayne Ann Krentz

After their disastrous parting, Margaret Lark thought she was through with Rafe Cassidy. So when he shows up on her doorstep a year later with a shocking proposal, Margaret has no choice but to put her heart on the line again—even if it means ...

Jonas Quarrel was lean, sexy, and equally capable of quoting Renaissance poetry or wielding a dagger. Verity Ames knew Jonas was the perfect partner for an affair – and that he was not the marrying kind. Before long he would be looking for new...

Midwestern librarian Letitia Thornquist didn't have the right stuff to run Thornquist Gear, Inc. That was the bottom-line opinion of Joel Blackstone, the seasoned CEO who had built the small Seattle sporting goods store into an industry giant. But L...

JAYNE ANN KRENTZ'S BLOCKBUSTER BESTSELLER AT A NEW LOW PRICE! Flash Read by Barbara Garrick Olivia Chantry may keep her desk in disarray, but she's a dynamo when it comes to business; her Seattle-based company -- Light Fantastic -- organizes dazzl...

Between The Lines
by Jayne Ann Krentz

There was no passion to break her heart, no love to risk and lose. Marrying her boss, prominent businessman Cormick Grayson, was a very reasonable proposition for a woman who'd been hurt in love before. It was a mutually beneficial arrangement. At f...

Cady Briggs is very useful to Mack Easton—her expertise in art and antiques helps his shadowy, low-profile company, Lost and Found, find missing treasures for high-paying clients.But as Cady's beloved Aunt Vesta warns her, being useful to a cl...

Word gets around fast in Eclipse Bay. Nick Harte should know—his family's legendary feud with the Madisons fueled the local gossip mill for years before finally cooling off. But people are still talking—and rumor has it Nick's involved w...