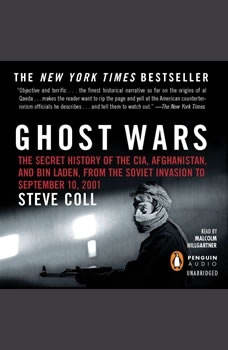 Ghost Wars: The Secret History of the CIA, Afghanistan, and bin Laden, from the Soviet Invas ion to September 10, 2001

The explosive first-hand account of America's secret history in Afghanistan

With the publication of Ghost Wars, Steve Coll became not only a Pulitzer Prize winner, but also the expert on the rise of the Taliban, the emergence of Bin Laden, and the secret efforts by CIA officers and their agents to capture or kill Bin Laden in Afghanistan after 1998.