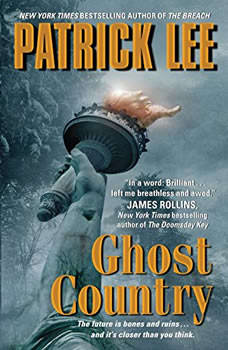 “In a word: Brilliant….It left me breathless and awed….Pure exhilaration from the first page to the last.”—James Rollins, New York Times bestselling author of Altar of Eden“WOW! Double Wow!...Ghost Country by Patrick Lee will make Asimov and Heinlein cheer with the angels. The techno-thriller meets Sci-Fi, and the result is mind-blowing.”—Stephen Coonts, New York Times bestselling author of DisciplePatrick Lee reinvented and revitalized the contemporary thriller with his extraordinary debut The Breach (“Audacious and terrifying” —Lee Child). Now his conflicted ex-cop/ex-con hero Travis Chase is back in the breathtaking follow-up Ghost Country. Both Michael Crichton and Dean Koontz fans, X-Files aficionados and devotees of FOX TV’s Fringe, will be blown away by Lee’s Ghost Country—a nightmarish tale of a nefarious plot unleashed at the highest levels of government that will bring about the end of everything in a matter of a few short months.