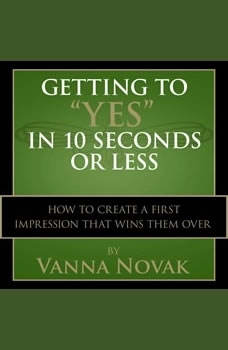 Getting to "Yes" In 10 Seconds or Less: How to Create a First Impression That Wins Them Over

Publisher: Made For Success

Managing how we're perceived by our listeners, particularly in the opening moments of our presentation, can make or break us beforeÂ we even get into heart of what weÂ want to say.Â

This first CD focuses on the ever powerful first impression and its affects on the balance of whatever we say and more significantly, the final outcome of our presentation.Â