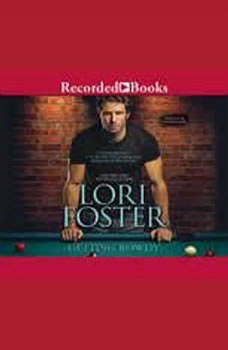 New York Times and USA Today bestselling author Lori Foster is also the recipient of a Romantic Times Career Achievement Award for her sizzling contemporary romances. In Getting Rowdy, charismatic bar owner Rowdy Yates has his eye on Avery Mullins, the gorgeous waitress he’s just hired. When she rebuffs his advances, Rowdy starts to suspect something in Avery’s past is making her distant. He’s determined to uncover her secret, while she’s intent on ignoring her attraction to him. But when her past comes calling, Avery seeks safety in Rowdy’s passionate embrace.

Justine Hoffman has made a comfortable life for herself on the island of Friday Harbor. She is the proprietor of a successful boutique hotel, and she has the safe, predictable life she has always wanted. Growing up with her flighty, nomadic mother, ...