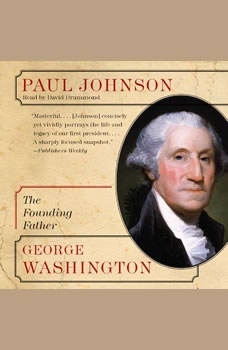 Paul Johnson’s History of the American People has been this always stimulating author’s most widely read book to date. Now Johnson gives us his concise portrait of the great founding American, George Washington, in a brilliant, sharply etched portrait that is full of surprising insights. Washington is seen as one of the most important authors of the Constitution, in addition to his pivotal leadership of the Revolutionary War and a magisterial executive in the formative years of the new United States. Washington was an 18th century man, a voice of moderation who radiated an authority for which all who met him had profound respect. He was a moderate man of few words, but when he spoke, he was worth hearing.