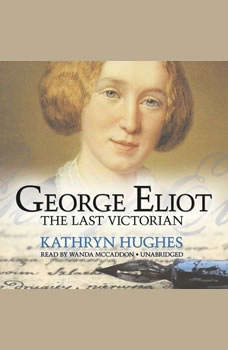 The daughter of a respectable self-made businessman, the middle-aged Eliot was cast into social exile when she began a scandalous liaison with married writer and scientist George Henry Lewes. Only her burgeoning literary success allowed her to overcome society’s disapproval and eventually take her proper place at the heart of London’s literary elite. The territory of her novels encompassed the entire span of Victorian society. Kathryn Hughes has wrought a balanced, sympathetic, and intensely engaging biography, the first to grapple equally with the personal dramas that shaped Eliot’s psyche and with her broader social and intellectual milieu. A lively portrait emerges of a woman and writer by turns ambitious and insecure, cerebral and earthy, provocative and conservative—contradictions which not only express the spirit of Eliot’s time, but speak eloquently to our own.