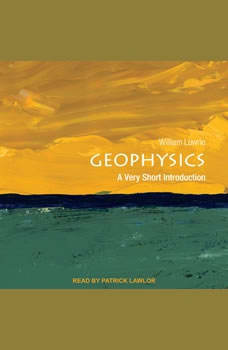 In this Very Short Introduction, William Lowrie describes the internal and external processes that affect the planet, as well as the principles and methods of geophysics used to investigate them. He explains how analysis of the seismic waves produced in earthquakes reveals the internal structure of the Earth. Geophysicists have established that the greatest source of energy powering geological processes is the Earth's internal heat. Deep inside the Earth, the temperature is high enough to produce a fluid outer core of molten iron. It is the motion in this molten iron layer that produces the Earth's magnetic field, which shields the planet against harmful radiation from the Sun and outer space, and thus makes the planet habitable. Lowrie describes how the magnetic field also magnetizes rocks during their formation, leaving a permanent record of the ancient field and its direction that geophysicists have learned to use to interpret past motions of the continents and tectonic plates. From analyses of Earth's deepest interior to measurements made from Earth-orbiting satellites, Lowrie shows how geophysical exploration is vitally important in the search for mineral resources, and emphasizes our need to understand the history of our planet and the processes that govern its continuing evolution.