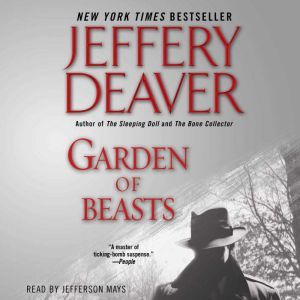 Garden of Beasts: A Novel of Berlin 1936

This standalone historical thriller by the author of the Lincoln Rhyme series pits a mobster against the Third Reich. The government sets a trap for Paul Schumann, a German-American hitman for the mob, and once Paul springs it, offers him a choice: prison or the chance to do what he does best, but for Uncle Sam this time. Posing as a journalist covering the 1936 Olympics, Paul must kill Colonel Reinhard Ernst, the man responsible for rearming Hitler's Germany. But with both the Nazis and the Berlin police on his trail, will Paul be able to successfully carry out his mission?

This was an interesting story with some history thrown in. I like the characters and the way they interacted with each other. I thought I knew what was going on but with the slight twists keep me listening as it unfolded. Several times I had to stay in my vehicle until I got to a stopping point. Deaver is a master. The narration was pleasant to listen to. Good book.