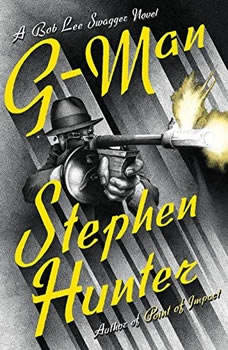 "A roaring good read." —FORBES.comMaster sniper Bob Lee Swagger returns in this riveting novel by bestselling author and Pulitzer Prize-winner Stephen Hunter.Ryan Philippe currently stars as Bob Lee Swagger on the hit USA Network series Shooter.The Great Depression was marked by an epidemic of bank robberies and Tommy-gun-toting outlaws who became household names. Hunting them down was the new U.S. Division of Investigation—soon to become the FBI—which was determined to nab the most dangerous gangster this country has ever produced: Baby Face Nelson. To stop him, the Bureau recruited talented gunman Charles Swagger, World War I hero and sheriff of Polk County, Arkansas.Eighty years later, Charles's grandson Bob Lee Swagger uncovers a strongbox containing an array of memorabilia dating back to 1934—a federal lawman's badge, a .45 automatic preserved in cosmoline, a mysterious gun part, and a cryptic diagram—all belonging to Charles Swagger. Bob becomes determined to find out what happened to his grandfather—and why his own father never spoke of Charles. But as he investigates, Bob learns that someone is following him—and shares his obsession.Told in alternating timeframes, G-Man is a thrilling addition to Stephen Hunter's bestselling Bob Lee Swagger series. 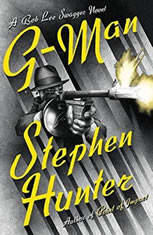