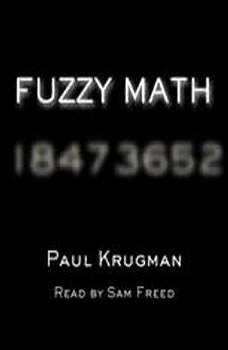 Fuzzy Math: The Essential Guide to the Bush Tax Plan

With huge budget surpluses just ahead, the question of whether to cut taxes has shifted to when? and by how much? With Fuzzy Math, Paul Krugman dissects the Bush tax proposal and shows us who wins, who loses, and how quickly the tax cuts will consume the surplus. Always the equal-opportunity critic when it comes to faulty economics, Krugman also tucks into the Democratic alternatives to the Bush plan.

This little audiobook packs a big wallop. Together with major media appearances, it puts Krugman's wisdom and steely-eyed analysis firmly at the center of the debate about how to spend upwards of $2 trillion. It may very well change the course of history.