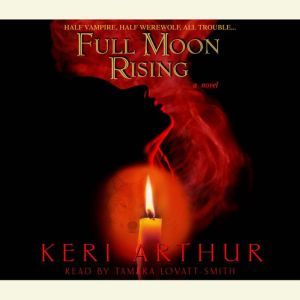 In this exciting debut, author Keri Arthur explodes onto the supernatural scene with a sexy, sensuous tale of intrigue and suspense set in a world where legends walk and the shady paths of the underworld are far more sinister than anyone envisioned.

A rare hybrid of vampire and werewolf, Riley Jenson and her twin brother, Rhoan, work for Melbourne’s Directorate of Other Races, an organization created to police the supernatural races–and protect humans from their depredations. While Rhoan is an exalted guardian, a.k.a. assassin, Riley is merely an office worker–until her brother goes missing on one of his missions. The timing couldn’t be worse. More werewolf than vampire, Riley is vulnerable to the moon heat, the weeklong period before the full moon, when her need to mate becomes all-consuming.…

Luckily Riley has two willing partners to satisfy her every need. But she will have to control her urges if she’s going to find her brother….Easier said than done as the city pulses with frenzied desire, and Riley is confronted with a very powerful–and delectably naked–vamp who raises her temperature like never before.

In matters carnal, Riley has met her match. But in matters criminal, she must follow her instincts not only to find her brother but to stop an unholy harvest. For someone is doing some shifty cloning in an attempt to produce the ultimate warrior–by tapping into the genome of nonhumans like Rhoan. Now Riley knows just how dangerous the world is for her kind–and just how much it needs her.

Fantasy, myth, magic and lore, as well as the preternatural and the supernatural are my favorite books, and in such stories there is always some sex. This author did not try to hide the fact that sex is a pivotal part of this story, but... good grief. For the first half of the book I just kept reading, but I had to start skipping over the sex scenes because frankly it was taking away from the story. In a word, boring. There is just waaaay too much sex and not nearly enough story in this book. To give her credit, it gets better in the rest of the series, and if you want to read the series then you'll need to read this book, just be warned, it's very, very graphic and real slow in places. 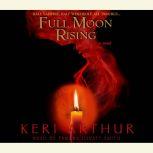 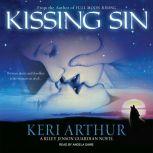 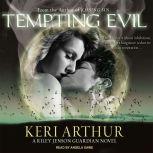