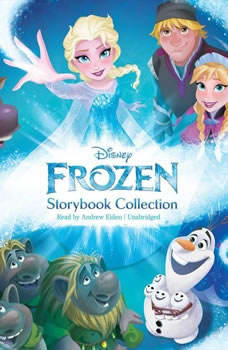 The Frozen Storybook Collection is a must-have for any Frozen fan! Join Elsa, Anna, Olaf, and friends for adventure, mystery, and fairytale fun in twenty-seven exciting stories, including nine audiobook-exclusive bonus stories.