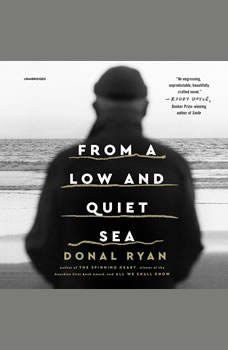 From a Low and Quiet Sea

A new moving novel of three men, each searching for something they have lost.For Farouk, family is all. He has protected his wife and daughter as best he can from the war and hatred that has torn Syria apart. If they stay, they will lose their freedom, will become lesser persons. If they flee, they will lose all they have known of home, for some intangible dream of refuge in some faraway land across the merciless sea. Lampy is distracted; he has too much going on in his small town life in Ireland. He has the city girl for a bit of fun, but shes not Chloe, and Chloe took his heart away when she left him. Theres the secret his mother will never tell him. His granddads little sniping jokes are getting on his wick. And on top of all that, he has a bus to drive; those old folks from the home cant wait all day.The game was always the lifeblood coursing through Johns veins: manipulating people for his enjoyment, or his enrichment or his spite. But it was never enough. The ghost of his beloved brother, and the bitter disappointment of his father, have shadowed him all his life. But now that lifeblood is slowing down, and hes not sure if God will listen to his pleas for forgiveness. Three men, searching for some version of home, their lives moving inexorably towards a reckoning that will draw them all together.