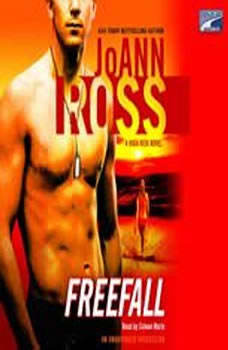 Seeking refuge, determined to pull her life back together, Sabrina Swann returns to the sleepy Southern island of her childhood summers. The last person she expects to encounter there is Zach Tremayne, the boy who stole her heart when she was a girl. There’s a haunted look in his eyes that makes her wonder what kind of man he’s become.

Zach can’t forget the horror he saw in his last battle in Afghanistan as a Navy SEAL. Now home on Swann Island, he’s surprised to realize he can feel anything again, never mind the sudden surge of desire for this woman from his past.

And when together they discover danger waiting in the island’s shadows, the woman who is desperate for peace and the man who has sworn off war will find that they are willing to do anything, risk everything, to protect a love neither saw coming. . . .

Virginia’s Shenandoah Valley, in the shadow of the Blue Ridge Mountains, is a long way from Hollywood. And that’s exactly how Cilla McGowan likes it. Cilla, a former child star, has found a more satisfying life working with her hands to...

Police Lieutenant Phoebe MacNamara found her calling at an early age, when a violently unstable man broke into her family’s home, trapping and terrorizing them for hours. Now she’s Savannah’s top hostage negotiator, who puts her li...