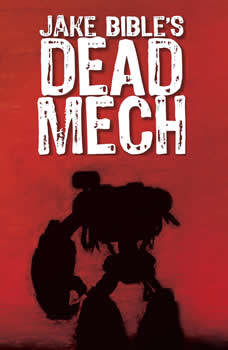 Dead Mech: A Military Scifi Action Adventure with Mechs in a Zombie Apocalypse

Military SciFi Adventure Series - In a post-apocalyptic far future, there is only one thing that can save the fragile civilizations humanity has cobbled together: the mechs. A ragtag crew of mech pilots must battle the undead hordes, cannibal tribes, and religious cults in a daily race to keep humanity safe. But now a threat worse than anything has surfaced and is growing stronger. The undead have reanimated in their own battle machines and created the rise of the Dead Mechs!

Dead Mech is a zombie-filled, post-apocalyptic, military scifi, mech action/adventure novel like no other!

“It’s mechs. It’s zombies. It’s zombies in mechs. You already know you’re going to buy it. So just get it over with.” -New York Times Bestselling Author Scott Sigler

Other books by Jake Bible:

The Salvage Merc One Series