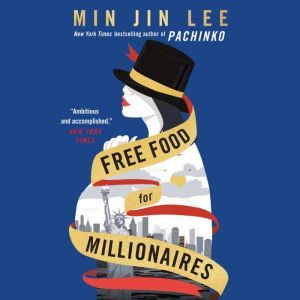 In this One Book, One New York 2019 nominee from the author of National Book Award Finalist Pachinko, the Korean-American daughter of first-generation immigrants strives to join Manhattan's inner circle.Meet Casey Han: a strong-willed, Queens-bred daughter of Korean immigrants immersed in a glamorous Manhattan lifestyle she can't afford. Casey is eager to make it on her own, away from the judgements of her parents' tight-knit community, but she soon finds that her Princeton economics degree isn't enough to rid her of ever-growing credit card debt and a toxic boyfriend. When a chance encounter with an old friend lands her a new opportunity, she's determined to carve a space for herself in a glittering world of privilege, power, and wealth-but at what cost?Set in a city where millionaires scramble for the free lunches the poor are too proud to accept, this sharp-eyed epic of love, greed, and ambition is a compelling portrait of intergenerational strife, immigrant struggle, and social and economic mobility. Addictively readable, Min Jin Lee's bestselling debut Free Food for Millionaires exposes the intricate layers of a community clinging to its old ways in a city packed with haves and have-nots.