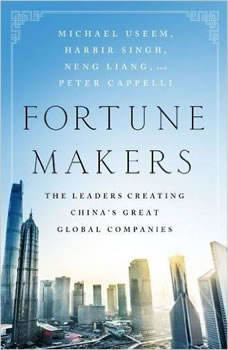 When Peter Drucker wrote Concept of the Corporation in 1946, he revealed what made the large American corporation tick. Similarly, The Art of Japanese Management by Richard Pascale in 1981 explained the unique practices developed by the Japanese to bring that country’s economy out of the ashes. The emerging Chinese juggernauts—the Alibabas, Lenovos, and Haiers—need similar revelation since they are a different breed in their own right. Little is understood about them, how they work, and what makes them such potentially imposing competitors.Now, based on unprecedented access to the people who have created and grown the great private companies of China—the “General Electrics and Sonys" of that country, Michael Useem, Harbir Singh, Peter Cappelli and Neng Liang bring to life the distinctive practices of Chinese business leaders as they invent their own way forward to create world-class companies, and provide a comprehensive look at the leaders and businesses that are the future of the Chinese economy—and major competition to Western companies.Chinese companies are emerging on the global stage as never before, and their leadership lessons are invaluable in understanding and coping with their growing commercial presence worldwide. Company managers everywhere will want to understand China’s distinct way of doing business if they are to compete against the companies that already dominate the domestic Chinese market and are coming to the fore in foreign markets, including the U.S.