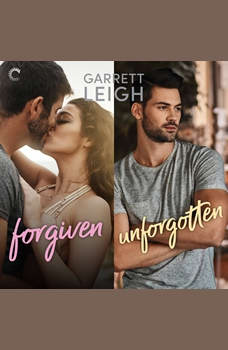 High school sweethearts Mia and Luke get a second chance at love in this brand-new contemporary romance from award-winning author Garrett Leigh.

When Mia Amour returns to England to open a florist shop, all she wants to do is put her lousy ex behind her and never look back. But getting a fresh start is easier said than done when her first love, the boy who once broke her teenage heart, strolls back into her life. He’s every bit as sexy as she remembers, and the urge to melt back into his arms almost makes her forget how devastated she was when he took off without a word. Almost.

Left with no choice, Luke Daley did what he had to do, leaving town to earn enough money to save his broken family, though it just about broke him, too. But now he’s back, running his uncle’s business and trying desperately to forget about Mia, the girl he left behind all those years ago. When he runs into her in town, the shock of seeing her again brings an intense rush of emotions: love, guilt…and an overwhelming urge to find out if it’s still as amazing between them as it used to be.

It doesn’t take either of them long to give in to desire and discover the fiery passion they once shared burns hotter than ever. With each new touch, each moment of forgiveness, old hurts heal and the future they’d hoped for ten years ago becomes possible again. But their fragile connection is tested by a threat neither of them saw coming—a threat that could end their second chance before it even gets started.

Billy Daley hasn’t been home in years, and he likes it that way. He’s just fine on his own—he has a cash-in-hand job at a scrapyard, a half-feral cat to keep him company, and many miles between him, his hometown and all the baggage that comes with it.

Until the job goes sideways. Suddenly he’s back in Rushmere, working for none other than his brother’s best friend—a man whose kiss Billy can’t seem to forget.

Gus Amour’s memories of Billy Daley are all spiky edges, lips crushed against lips and a reckless streak that always ended in trouble. But when Billy needs a place to stay, Gus steps in. He’d do anything for the Daley family, including living, and working, side by side with a man who makes his heart beat too fast and his blood run too hot—two things he’s been running from for years.

It doesn’t take long before their easy banter, lingering touches and heated glances become a temptation too hard to resist. But falling into bed and falling in love are two different things, and love has never come easy to either Billy or Gus. Only when fate threatens to steal away their opportunity for a second chance will they realize they don’t need easy.

They just need each other.