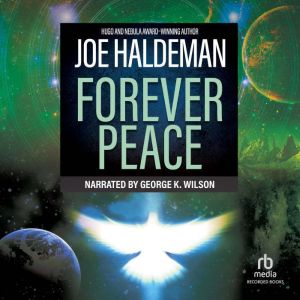 Drawing on his own war experiences, Vietnam veteran Joe Haldeman creates stunning works of science fiction. Forever Peace is not a sequel to his previous award-winning work, The Forever War, but it deals with similarly provocative issues. When it was published, Forever Peace was chosen Best Book of the Year by Publishers Weekly. It also won the coveted Hugo Award. War in the 21st century is fought by "soldierboys." Remote-controlled mechanical monsters, they are run by human soldiers who hard-wire their brains together to form each unit. Julian is one of these dedicated soldiers, until he inadvertently kills a young boy. Now he struggles to understand how this has changed his mind. Forever Peace is a riveting portrayal of the effects of collective consciousness, and it offers some tantalizing revelations. Narrator George Wilson's skillful performance weaves together the elements of futuristic technology with the drama of a trained soldier reconciling basic human needs. 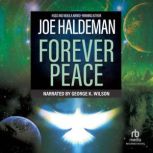 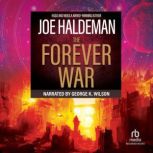 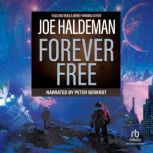