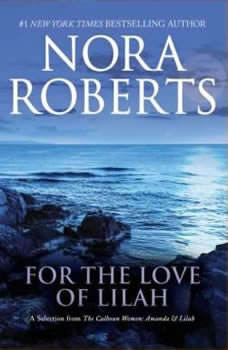 For the Love of Lilah: A Selection from The Calhoun Women: Amanda & Lilah

A powerful tale of love and secrets from #1 New York Times bestselling author Nora Roberts.Adrift in a storm, Professor Max Quartermain thought he must have hallucinated the beautiful mermaid who came to his rescue. But Lilah was no mystical creature—she was a woman of flesh and blood, and undeniably attracted to the intense and mysterious stranger.…

For the Love of Lilah: A Selection ...
The Calhoun Women #3