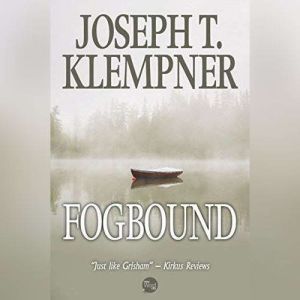 Once more, bestselling author Joseph T. Klempner combines thrills, vivid characters, and a plot that leaves the reader breathless.A Lincoln Navigator carries three well-dressed people through the barren New Jersey salt flats. The trip is uncomfortable but necessary. Their target has no phone, certainly no email, and never answers his mail. But August Jorgenson is no country bumpkin. Before retiring, he was one of the most famous judges in the country, and only opinions like his fierce opposition to the death penalty kept him from a seat on the Supreme Court.Now his visitors, from a reality show called Trial TV, have come to enlist his aid. They are excited about an idea they have that promises to strike a serious blow against the death penalty (and boost their ratings past those of Court TV).The judge agrees to help. But as he digs into the facts of the case he becomes their enemy - an enemy who must be removed as a serious threat to their plans.When his first novel, Felony Murder, was published, Publishers Weekly called Klempner "a writer to watch." Now, Klempner is better than ever - that rare novelist with both an insider's knowledge of the world he writes about, and a talent for intelligent, compelling storytelling.