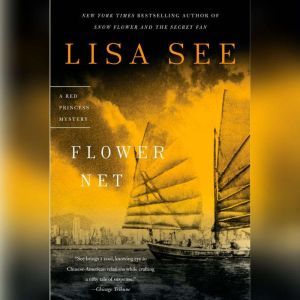 In Flower Net, Lisa See gives us a China not often seen: An extraordinary nation that is at once admirable and frightening.

Here the veil is ripped away from modern China--its venerable culture, its teeming economy, its institutionalized cruelty--and the inextricable link between China's fortunes and America's  is underscored.

In the depths of a Beijing winter, during the waning days of Deng Xiaoping's reign, the U.S. ambassador's son is found dead--his body entombed in a frozen lake.  Almost simultaneously, American officials find a ship adrift in the storm-churned waters off Southern California.  No one is surprised to find the fetid hold crammed with hundreds of undocumented Chinese immigrants--the latest cargo in the Chinese mafia's burgeoning smuggling trade.  What does surprise Assistant U.S. Attorney David Stark is his discovery that among the hapless refugees lies the corpse of a Red Prince, a scion of China's political elite.

The Chinese and American governments suspect that the deaths are connected, and in an unprecedented move they join forces to solve this cross-cultural crime.  Stark heads for Beijing to team up with police detective Liu Hulan, whose unorthodox methods are tolerated only because of her spectacular investigative abilities.  Their investigation carries them into virtually every corner of today's China, and leads them to Los Angeles's thriving Asian community--where their search turns up a bloodthirsty murderer at the apex of China's power structure.  Their work together also ignites their passion for each other--a passion forbidden by their respective governments, and one that plays right into the hands of a serial killer.

An accomplished stage actress, Elaina Davis performed in Hamlet, and in Richard II and Troilus & Cressida for the New York Shakespeare Festival.  She was a principal character on television's As The World Turns, and has appeared in the film Contact. 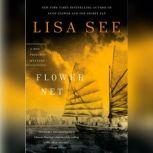 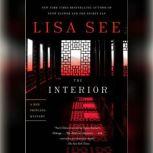 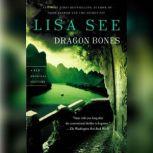 The Interior
The Red Princess Mysteries #2